They're oldies but goodies…

In a culinary capital such as Cape Town, it’s not surprising that hot, new restaurants open at the drop of a cloche. Which is all well and good, but sometimes we get so caught up in the hype of what’s hip and happening, that we forget about the stalwarts who’ve been around for decades.

So, we decided to dedicate a post to the tried-and-trusty Oldies but Goodies, who consistently dish up delicious plates of food that don’t just satisfy our tastebuds and tummies; they leave us feeling warm and fuzzy all over.

These are our favourites, but we might’ve forgotten one or two. So, please add your thoughts and opinions in the comments below. 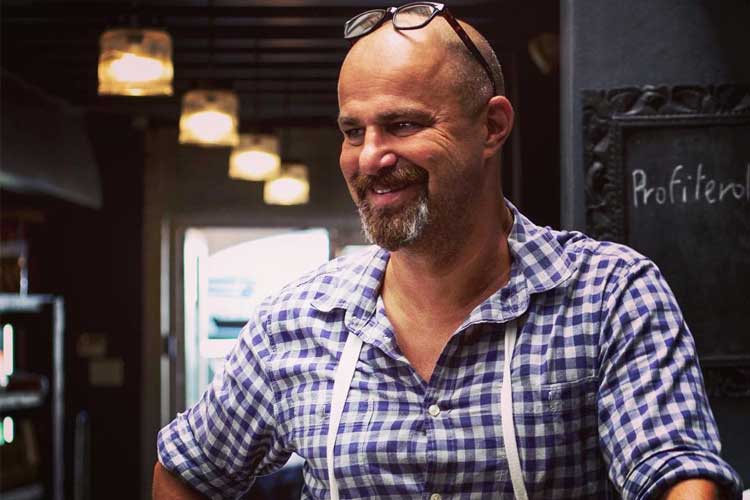 Chef Franck Dangereux masterfully combines the flavours of his native France with culinary influences from across the globe, but it’s the fusion of fine-dining fusion cuisine and laid-back country charm that sets The Foodbarn apart. Franck’s vision of a place where guests can enjoy exciting tastes and textures in a family-friendly atmosphere has made his Noordhoek restaurant a firm favourite among locals, a must-visit destination for visitors, and a stalwart on the Cape Town food scene.
Opened in 2006 (10 years old)
Known for Delicious fine-dining Southern French cuisine in a relaxed and unpretentious setting.
We recommend anything from the wine-paired Journey’s End tasting menu.
Contact 021 789 1390, info@thefoodbarn.co.za
Location The Foodbarn, Noordhoek Farm Village, Village Lane, Cape Town 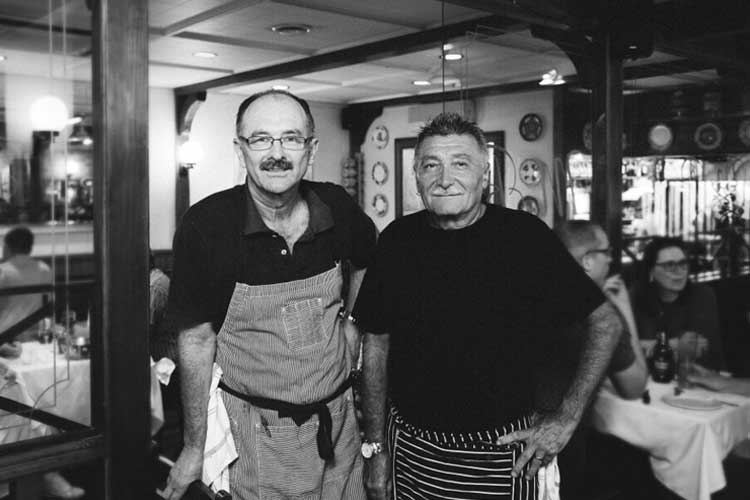 The ever-popular, ever-populated old-school eatery is a Cape Town institution, holding a special place in the hearts of customers who have returned time and time again over the course of its 20-year existence. The authentic Italian cuisine is passionately prepared, while owners Ezio and Franco strive to make every guest feel like an old friend. Booking is essential, as the restaurant is perpetually packed to the brim.
Opened in 1997 (19 years old)
Fun fact Think we’re exaggerating the restaurant’s popularity? We’re really not! Magica Roma actually closes its doors during peak tourist season, making it one of the few venues that can claim to have closed down as a result of “too much business”.
Known for its authentic italian cuisine and charming owners.
We recommend Mediterranean calamari: thinly sliced grilled aubergine, butternut and onions topped with grilled baby calamari tubes dusted in chili and garlic; and the debonned carne’ di bue (ribeye) grilled with Magica Roma’s special sauce.
Contact  021 531 1489, eziodebiaggi@gmail.com
Location Magica Roma, Central Building, 8 Central Square, Pinelands, Cape Town 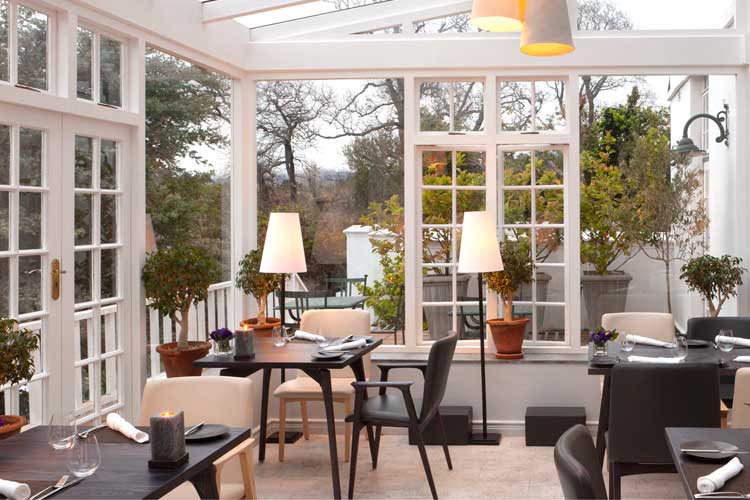 Soon after superstar chef Peter Tempelhoff (one of the only two Relais & Chateaux Grand Chefs in the country) took over this restaurant at the elegant Cellars-Hohenort Hotel, it was hailed as a bastion of culinary innovation, voted South Africa’s Best Restaurant in the 2011 Eat Out Top 10 Awards. Peter is passionate about sourcing the best local produce and foraged-for ingredients and combining them in unexpected ways to produce creative dishes with unique names such as “4 Degrees of Cheese” and “The Beet Goat’s On”.
Opened in 1998
Relaunched in 2015
Known for its decidedly civilised atmosphere, where old-fashioned hospitality and understated elegance, and of course outstanding food, is the order of the day.
We recommend everything. Seriously, whatever you order, you will not be disappointed. The menu changes seasonally, but if it’s available, go for the tuna and sea plant: konbu, shiso and perlemoen salsa and tempura sea spaghetti.
Contact 021 795 6226, reservations@greenhouserestaurant.co.za
Location The Greenhouse at Cellars-Hohenort, 93 Brommersvlei Road, Constantia Heights, Cape Town 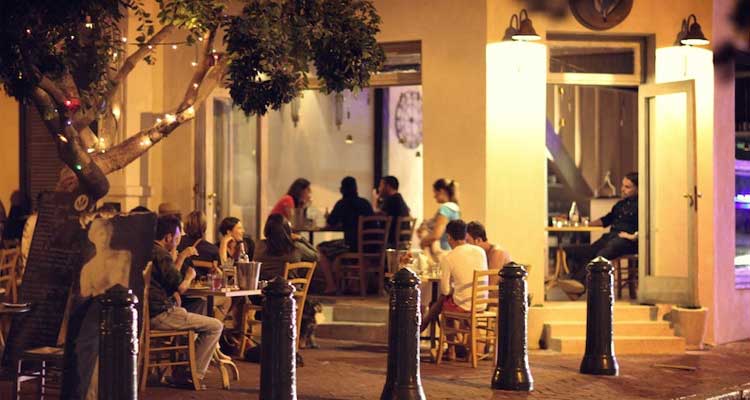 This local favourite brings a taste of the Mediterranean to Cape Town. Its piazza setting on Dunkley Square is reminiscent of a sidewalk café on a faraway Greek island, where long-time loyal patrons while away the hours. Owners Cleon and Kate Romano bought the restaurant over 20 years ago and have created an intimate and homely space whose wholesome food is consistently good.
Opened in 1955 (61 years old)
Known for its chic, pared-down atmosphere, authentic food (and service) and the vibey pavement scene, where pets
We recommend The Patagonian grilled calamari tubes in garlic, chilli and lemon; the West Coast mussels: steamed and sautéed in a sauce of cream, white wine, red onion, paprika and parsley; the slow-cooked lamb with an ouzo-and-artichoke cream sauce and potato wedges; and all the mezze!
Contact 021 461 3333, info@marias.co.za
Location Maria’s Greek Restaurant, 31 Barnet Street, Dunkley Square, Gardens, Cape Town 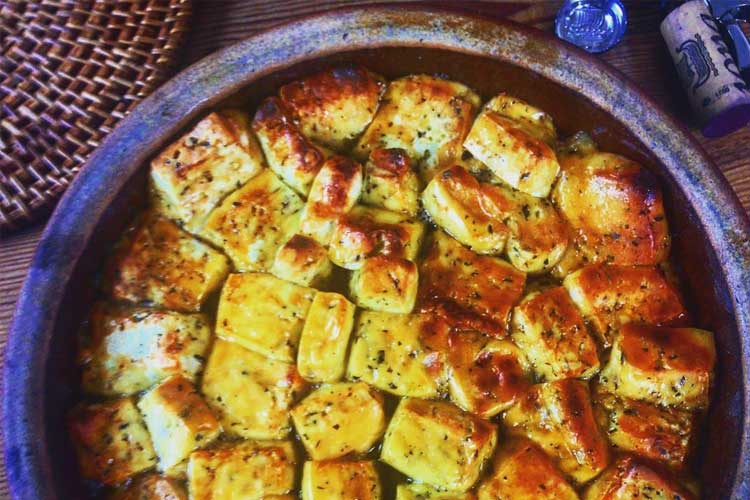 When this century-old Victorian coach house was converted into a restaurant in 1984, it became the first restaurant in Cape Town to serve authentic Turkish cuisine. Anatoli has been around for some 30 years, but the passion is as bright as ever, thanks to owner Tayfun Aras who befriended the original founders and took over their legacy in 1998. The Middle Eastern flavours, exotic decor and classicl Turkish music all combine to create a dining experience straight out of Istanbul.
Opened in 1984 (32 years)
Known for its authentic Turkish vibe, congenial owner, and utterly delicious modern-Turkish cuisine.
We recommend as many mezze as you can manage from the giant trays; the deboned lamb ribs for mains; and the baklava or deliciously comforting rice pudding for dessert. Vegetarians will have a field day, with the wide variety of options; the Lahana Dolmasi (stuffed cabbage leaves) are divine.
Contact 021 419 2501, info@anatoli.co.za, www.anatoli.co.za
Location Anatoli Turkish Restaurant, 24 Napier Street, Cape Town 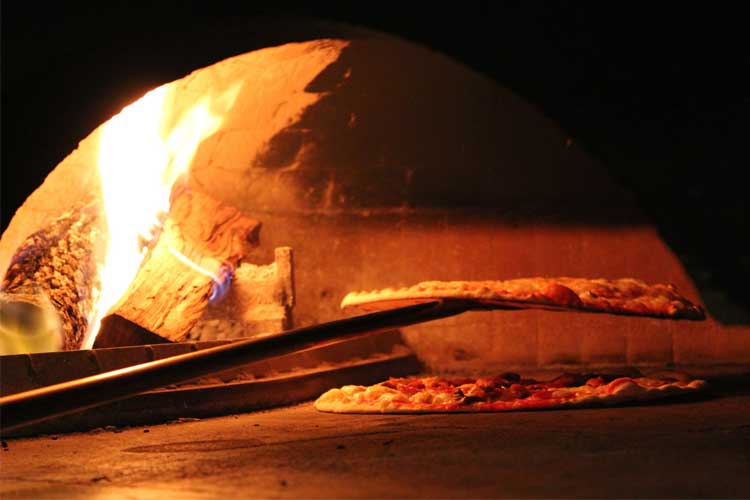 The familiar feeling of walking into a genuine family-run Italian restaurant is hard to beat, and Mario’s has that, along with friendly service and tasty dishes straight out of Mamma’s kitchen. If you’re a regular here, there’s a good chance your grandparents were, too.
Opened in 1971 (45 years old)
Fun fact The dining area was once decorated with three decades worth of graffiti, courtesy of patrons who would scrawl personal messages on the walls. Unfortunately, these voices from the past were lost when the restaurant was renovated following a fire in 2010.
Known for its old-fashioned charm that transports you back to the old country, and traditional Italian dishes.
We recommend Tripa à la Milanese (if you’re a tripe kind of person); the marrows on toast (if they still serve it); any of the gnocchi dishes; and the semifreddo for dessert.
Contact  021 439 6644, marinsco@mweb.co.za
Location Mario’s Italian Restaurant, 89 Main Road, Green Point, Cape Town 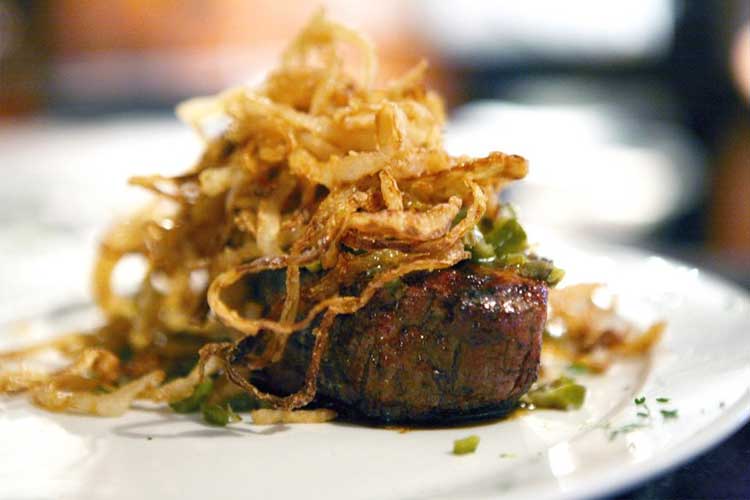 It may not look like much from the outside, but it’s the steak you’re here for. The old-fashioned decor is kind of charming in an old-English-pub sort of way but, we repeat, it’s the mouth-watering meat that’s the main attraction. Even in Cape Town’s increasingly competitive steakhouse scene, Nelson’s Eye remains top of the pots. And it’s not just regular cuts, such as rumps, fillets and sirloins; there’s a variety of game (springbok and ostrich), as well as a selection of seafood dishes. Even the sides of onion rings, butternut and creamed spinach are worth a mention.
Opened in 1960s (around 50 years old)
Known for its delicious steaks (that are not cheap by any stretch of the imagination) and the old-fashioned decor.
We recommend Out of the Pan: brandy-flambéed steak with a creamy red-wine and Madagascan peppercorn sauce, and choice of toppings.
Contact 021 423 2601, admin@nelsons-eye.co.za
Location Nelson’s Eye, 9 Hof Street, Gardens, Cape Town 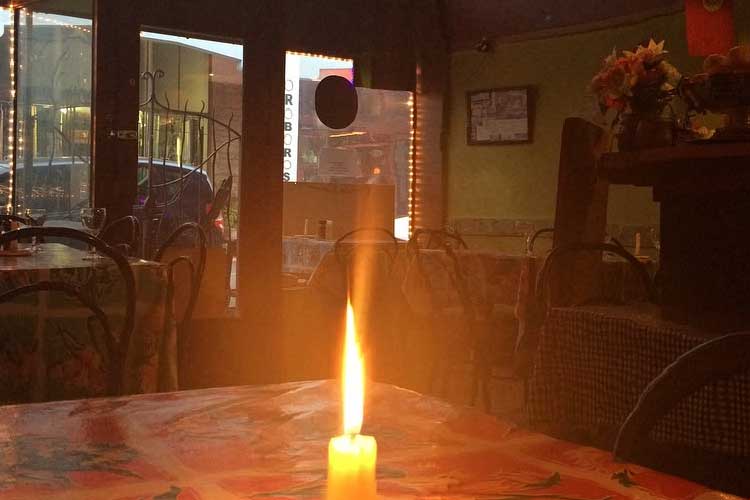 A small, intimate environment made all the more homely by hands-on owner Carla, who runs the restaurant from the ground up. Her personality infuses the place, as do the flavours of Portugal and Mozambique. The menu is limited, but what Carla does, she does well, to the point where many customers have proclaimed her fresh prawn platters to be the best in Cape Town. But if prawns aren’t your thing, you could dig into some of the spicy peri-peri chicken. Other options for the evening will be scrawled on the blackboard, as befits the restaurant’s casual vibe.
Opened in 2004 (12 years old)
Known for its fantastic flavour-packed prawns.
We recommend Mozambique Prawns (8 or 12), served with rice and Carla’s special sauce.
Contact 021 788 6860, queenofprawns@hotmail.com
Location Carla’s Portuguese Restaurant, 9 York Road, Muizenberg, Cape Town 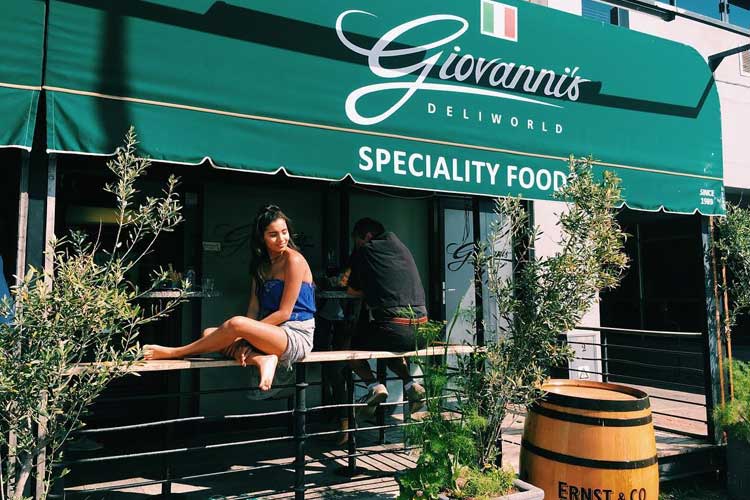 This sidewalk café, espresso bar and deli is where locals have been flocking for decades for an industrial-strength shot of espresso (and some of the best people-watching in the peninsula). A short walk from Greenpoint Stadium, Giovanni’s is within easy reach of several tourist hotspots, but people are willing to come from all over Cape Town to sample its delicious deli fare, freshly baked breads, ready-made meals, imported torrone (nougat), and whatever it is you’re looking for. Seriously, if you’re after impossible-to-find clams for a homemade vongole, there’s an excellent chance you’ll find it here, along with other things you never even thought of.
Opened in 1989 (27 years old)
Known for good coffee, friendly baristas (as long as you order with confidence) and a drool-worthy deli counter and cooked-food section.
We recommend chicken limone: fresh chicken medallions marinated in olive oil, lemon juice and fresh herbs grilled to perfection served on a bed of rocket; marinated artichokes; parmigiana melanzane; and the chicken liver pâté.
Contact 021 434 6893, giodeli@iafrica.com
Location Giovanni’s Deliworld, 103, Main Road, Green Point, Cape Town

We also love these tried-and-tested oldies:

Sign up to our newsletter and never miss out on what’s hot in Cape Town. 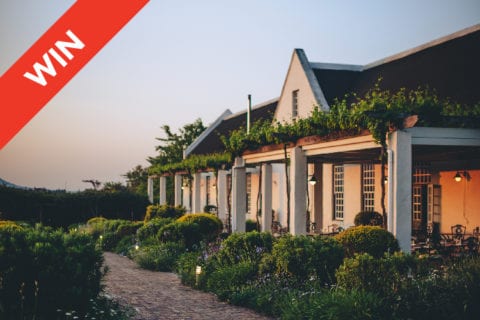 Post & Pepper: One of the 20 Best Restaurants in S

Post & Pepper: One of the 20 Best Restaurants in S

A Food-and-Wine-Soaked Itinerary at Bouchard Finla

Women’s Day Festivities at Boschendal If you c

WIN The prize: We're giving away a three-course lu