The first BEE-owned microbrewery splashes onto the Cape Town craft-beer scene. Bottom’s up!

This new Woodstock-based brewery is sure to have craft-beer lovers in a froth! Not just because delicious-tasting brews are always welcome, but also because it’s a groundbreaker – being the first black-owned beer brewery in the Mother City! And guess what? You’re invited to its grand opening on Saturday, 29 July, from 5pm. 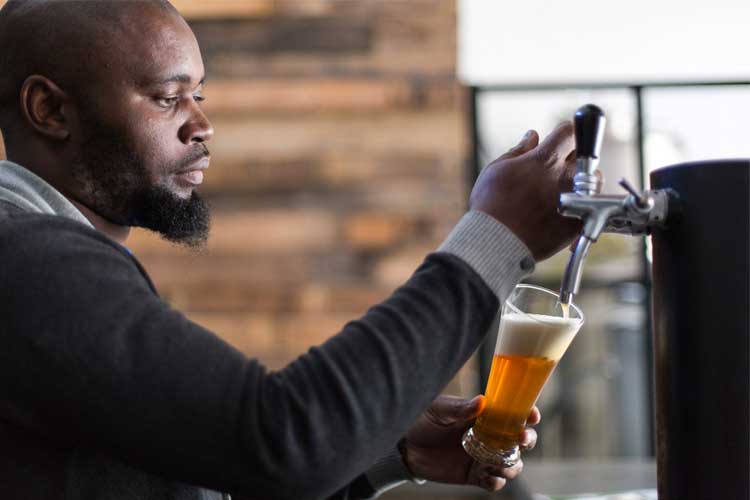 In the pursuit of hoppyness

Founder and brewer Lethu Tshabangu (above) discovered his passion for craft beer a few years ago, while working as a bartender in a craft beer-centric bar. So, he decided to try his hand at home brewing, and soon learned the satisfying nature of exact measurements, which undoubtedly lead to successful brewing results.

This, in turn, inspired him to commercialise his brews – and so, Ukhamba Beerworx was born, providing Lethu with, as he describes it, “…(my) ticket to freedom.”

Going back to his roots

Lethu chose the name Ukhamba because in Nguni culture, it is customary to share umqombothi (traditional beer) from an ukhamba (clay pot)… So, in essence, every time you share one of Ukhamba’s beers with a friend or stranger, you are celebrating the traditional legacy of the Nguni people.

Take the Pursuit of Hoppyness (Black IPA), for example – “a perfect marriage of roasty chocolate and lightly spicy malt flavours with a citrus hops aroma making up the beautiful Cascadian Ale.”

If you’d like to celebrate Ukhamba Beerworx’s grand opening on 29 July 2017, you can join the celebrations at The Palms Decor and Lifestyle Centre in Woodstock (from 5pm to 11.30pm) and enjoy good beers, cool tunes (courtesy of DJs), while tucking into some African food. Admission is free.

Where to find it
145 Sir Lowry Road, Woodstock Cape Town

Pichulik Atelier: A Statement-Making Jewellery Boutique in The East City