There was great disappointment among sushi savants when Takumi, one of Kloof Street’s hidden gems, closed without warning in April 2016. People wondered if owner-chef Hatsushiro Muraoka, known in sushi circles as Papa San, had thrown in his towel for good.

But there was no reason to fret… Papa San has brought Cape Town yet another sushi spot, which follows in the footsteps of his past successes: Takumi, Minato and Toyko.

Only a few days old, (it opened on 14 Long Street on 1 July), Obi looks to be the next big thing in Cape Town’s ever-expanding culinary scene. Named for the broad sash of a Japanese kimono, Obi specialises in sushi, tempura and ramen dishes, and is similar to the former Takumi in terms of its atmosphere, interior and food. This makes sense given that Papa San undertakes this latest venture with chef and culinary partner, Ben Bettendorf, with whom he worked at Takumi.

The venue seats around 60 to 70 patrons, and booking is advised. 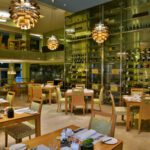 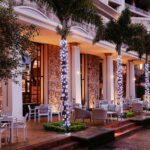 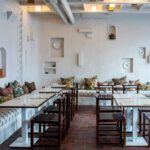