Hailing from Hawaii, poké is one of the coolest (and healthiest) food trends to have washed up onto our shores of late, with raw and fresh bowls of goodness proliferating around the Mother City faster than you can say “ahi tuna”!

Hands down, the best poké in town is from The Poké Co. on Loop Street whose founder, 31-year-old Andrew Flanagan, is no stranger to seafood – his father is a commercial exporter of southcoast rock lobster and other seafood products.

“I have always been inspired by the idea of opening a dynamic and refreshing concept store centered around seafood in Cape Town,” explains Andrew. “Coming from a family with deep roots in the industry, fish and seafood were common themes throughout my childhood. I still clearly remember when my father went to Japan in the early 90s, and came back with stories of eating raw fish!”

After graduating with a degree in business science from UCT, Andrew spent the next seven years working on superyachts in the Mediterranean and the Caribbean, before returning to Cape Town at the end of 2016

“While my girlfriend and I were in Bali, we fell in love with poké – and it was here that the idea of opening a specialised poké bar in Cape Town was first sparked,” he recalls. “The uniqueness and deliciousness of the dish quickly convinced me that poké is the seafood scene that Cape Town has been missing. I toyed with the idea of a lobster concept store for while, given my dad’s connections, but the price point is not viable.”

So what exactly is poké?

Essentially a deconstructed raw-fish salad, poké – pronounced po-kay – is an Hawaiian dish, usually made with cubes of ahi (or yellowfin) tuna layered on a bed of sushi rice, with slices of avocado, carrot, seaweed, cucumber and spring onion arranged on top – though the salad and seafood ingredients may vary, depending season and what produce is available.

“Poké is all the delicious flavours of sushi, served – and enjoyed – in a unique, spontaneous and convenient way,” says Andrew. “If you love sushi, but want something more comforting – and less symmetrical – you’ll love poké.” 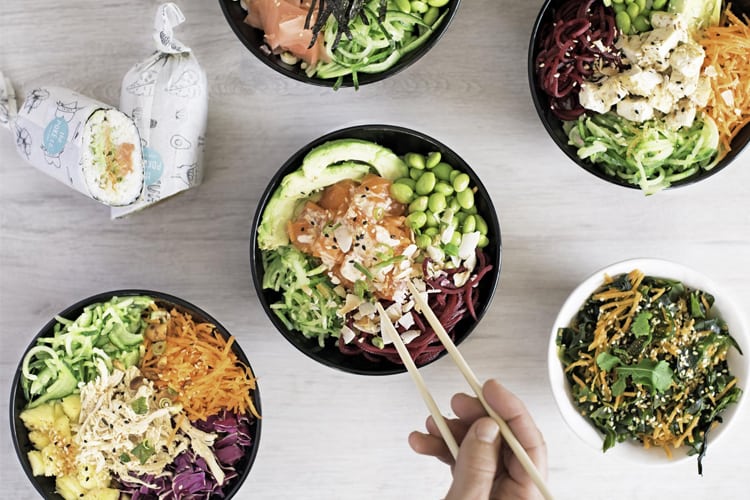 When you read them on the menu, the ingredients might seem random but there’s nothing arbitrary about these bowls of deliciousness. Andrew explains: “It took months of research, experimentation, fine-tuning and tweaking to develop the recipes, which I did with the aid of consulting chef Didi van der Wyver, who particularly helped with our secret sauces and kitchen processes.”

I tried The Windward: a vibrant mix of tuna, cucumber, edamame, avocado and pickled ginger, artfully arranged atop a bed of shredded nuri, with a heavenly Hawaiian-heat and creamy wasabi dressing that brings all the fresh and raw tastes and textures together perfectly. I was in raptures.

The Charlie Tuna is also a winner – comforting and zesty all at once: house shoyu tuna, with mango, cucumber, carrot, sweet red onion and toasted Macadamias on a bed of sticky sushi rice, with the house shoyu and creamy togorashi dressing.

And if raw tuna isn’t your thing, there are tofu, prawn, chicken (cooked, of course), and salmon options. You can build your own, or go for one of Andrew’s beautifully calibrated combinations. There’s even a poké burrito…

Good to know They currently don’t have a liquor licence, so BYOB! 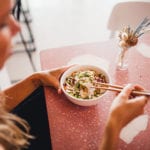