From corner cafés to street-food stalls, it’s arguably these lesser-known treasures that give a neighbourhood soul.

To stumble on a character-filled, quirky, owner-run establishment is something most locals delight in. These serendipitous encounters happen less often than you’d think, but often enough to make it worth following your nose along lesser-known backstreets, or allowing curiosity to pull you through an unassuming doorway.

Do you know of any hidden gems you think we should know about? We’d love to hear from you in the comments below. 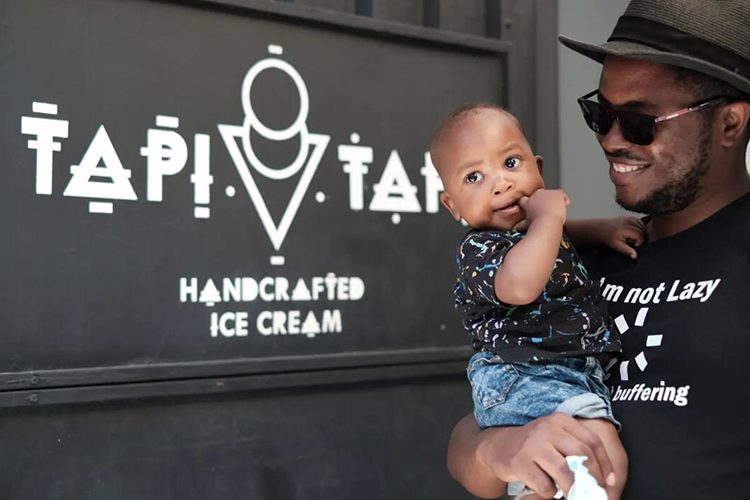 It means “sweet-sweet”, the Shona equivalent of “yum-yum” – a fitting name for this hole-in-the-wall ice-cream parlour in Observatory. Founder Tapiwe Guzha, a qualified microbiologist, is without a doubt the most experimental foodie in town. Inspired by the home-grown foods he grew up eating in his grandmother’s house in Zimbabwe, and an episode of MasterChef in which contestants made ice cream using liquid nitrogen, he became obsessed with making the frozen stuff using all manner of indigenous African ingredients. There’s no set menu – Tapiwe constantly experiments with new flavours, but to give you an idea, previous scoops have included amagwinya (deep-fried dough) with kei apple jam; caramelised plantain, ginger and fire-roasted peanuts; rooibos and imphepho (wild sage) smoke; matemba (salt-cured fish) with toffee; plus jujube dates, baobab, sorghum… Tapiwe’s mission goes beyond making ice cream – he wants to change people’s perceptions. Ice cream is just “a nice way to trick people into trying new things”.
Opening times Tuesday – Sunday, 12pm – 6pm
Contact 076 914 5614, uncletaps@tapitapi.co.za
Where to find it 76 Lower Main Road, Observatory, Cape Town You could never have imagined this enchanting garden in a nondescript backstreet in Plumstead, and yet, here we are at The Homestead Kitchen, a hidden gem if ever we’ve seen one! Pop-up restaurant, special-occasion venue and HQ of Food Fanatics (veteran foodie Elaine Rousseau’s catering business), it’s based in a glorious 1820 heritage building. Elaine has created a series of warm, intimate spaces within, all stylishly adorned with eclectic furniture, art, cookbooks and crockery lovingly collected over the years. Outside is just as beautiful. Guests enjoy their meals in the garden’s landscaped alcoves – perhaps overlooking the vegetable and herb garden, or under the Bedouin tent with a gushing fountain and plenty of space for little ones to run around.
Every Wednesday, Food Fanatics’ seasoned team of chefs and waitrons hosts a themed dinner at The Homestead Kitchen, which is – seriously – the only place you want to be on humpday evening.
Cost R150 – R300 (adults)
Free (children 0 – 6 years)
Opening times Wednesday, 5.30pm – 9pm
Contact 021 797 9819, order@foodfanatics.co.za
Where to find it 23 Constantia Main Road, Plumstead (entrance and secure parking in Bardia Road at the back), Cape Town
Book through DinePlan 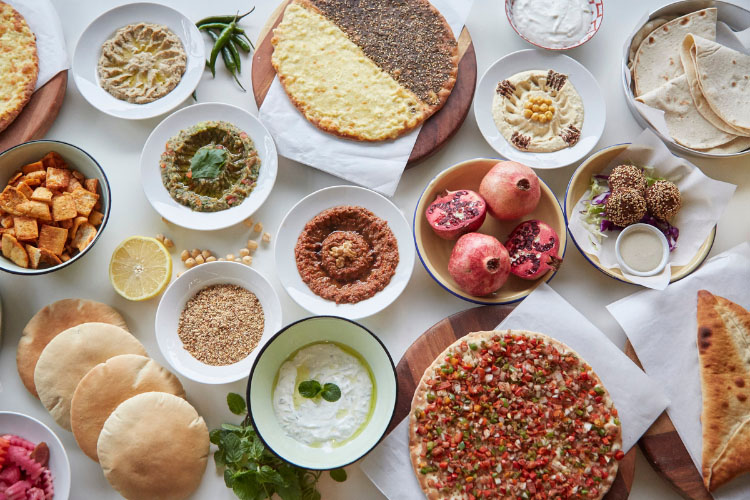 Claremont’s busy Imam Haron Road has a smorgasbord of stores: Petcare, bicycle shops, spice emporiums, quickie marts. But the delicious smells wafting from Lebanese Bakery will stop you in your tracks. The deli and café is bathed in natural light that floods in through large windows, and a clay pizza oven sits roundly in the centre. The simple menu offers variations of manakish (Middle Eastern flatbread), fatayer (Middle Eastern pies stuffed with cheese or spinach), and ka’ak (Middle Eastern bagels). It’s fuss-free, authentic food that arrives quickly, making for a lovely light meal. Do yourself a favour and order a side of hommous (Lebanese hummus) served with olive oil (drizzled generously) and the most divine toasted bread.
Good to know If you can’t find a seat (a very real possibility, if the queue outside during Saturday lunch is anything to go by) fret not, they do takeaways!
Opening times Monday – Friday, 8am – 6pm
Saturday + Sunday, 8am – 3pm
Contact 021 671 1522, contact@lebanesebakery.co.za
Where to find it 203 Imam Haron Rd, Claremont, Cape Town

The Kraal at Joostenberg Where to go for a slow, hearty weekend farm lunch, where much of the produce comes as crisp and as fresh as you can get it, from the garden or from the neighbours? If it’s the weekend, head to The Kraal, where the cattle have moved on and a smattering of wooden tables and wicker chairs have been set up under olive and fruit trees. The serene, shaded restaurant in a stone-walled courtyard serves a set three-course lunch menu that changes weekly, and features deliciously wholesome dishes from chef Garth Bedford, paired with the estate’s organic wines if you like. Lazy Sunday lunch sorted…
Good to know Joostenberg Wine Estate is rather lovely too, with a wine-tasting room inside a converted wagon house – just in case the weather turns.
Opening times Friday – Sunday, 12pm – 2.30pm
Contact 079 641 1320, kraalrestaurant@joostenberg.co.za
Where to find it Joostenberg Wine Estate, Hoopenberg Road, Muldersvlei
Book through DinePlan This crooked little shack, made almost entirely out of recycled windows and scraps of wood, is a fairytale-esque dessert spot on a farm on the road to Cape Point. Owned by Karl Odendaal, who bought the property 32 years ago when he was 21, the land is also home to a succulent nursery, a rustic river setup, complete with rowboats, and a menagerie of farm animals (we were lucky enough to stumble on new litters of teeny weeny piglets with protective moms). It’s a marvellous stop after a dreamy day on Buffels Bay Beach, and the scones are hands down among the best in the Cape. They’re made by Karl’s partner, Cara, in a wood-burning oven and served with utterly delicious homemade jam, butter and cream. The cinnamony ice tea is also delicious!
Please note The Scone Shack only accepts cash.
Opening times Thursday – Sunday, 9.30am – 5pm
Contact 079 045 1318, lalaphanzik@gmail.com
Where to find it Lalaphanzi Farm, Plateau Road, Cape Point, Cape Town It’s been on the Cape Town food scene since 1935, and owned by Hooman Saffarian – on and off – since 1985. Now the latest iteration of this oldie-but-goodie, housed in an old warehouse in De Waterkant, deserves to be shouted about from the rooftops! Or, at least, from the first floor of a heritage building in De Waterkant, Sloppy Sam’s latest home. Persian-born Saffarian’s cooking style is unmistakably Middle Eastern, with a bias towards Greek, Turkish and Persian flavours. He is one of those old-school restaurateurs: genuine, warm, charming – switching from the kitchen to the front of house effortlessly and calmly, and always ensuring each and every guest is treated as a VIP.
Everything in the open kitchen is cooked from scratch, to a soundtrack of toe-tapping continental classics. Most regulars would recommend the slow-cooked lamb shank with crispy potatoes and roast vegetables, which should be preceded by more than a few plates off the mazzeh (mezze) menu, such as the utterly moreish lamb ribs. Saffarian’s obvious love of feeding people is contagious.
Opening times Tuesday – Saturday, 6pm – 10pm
Contact 082 377 3707, info@sloppysam.co.za
Where to find it 28 Hudson Street, De Waterkant, Cape Town The term “hole in the wall” has been used to describe this Long Street haunt that exudes the flavour and the feel of an old Cantonese Tea House. Here, the keyword is simplicity: from the wooden benches and closely set tables to the authentic, mouth-popping flavours in every single dish to come out of owner-chef Edmund Hung’s kitchen. Tradition practised to perfection.
Opening times Tuesday – Friday, 12pm – 2.30pm; 5.30pm – 9pm
Saturday, 12pm – 3pm; 5.30pm – 9pm
Contact 078 846 3656, southchinadimsumbar@gmail.com
Where to find it 289 Long Street, Cape Town
Enquire Now

Many will recall – and have remained faithful to –- this French-inspired café from when it was located opposite the Dalebrook tidal pool. Owner Jo Hill moved to Fish Hoek some six years ago, and there are now two locations: the Bakery on Recreation Road for the freshest, delectable artisanal breads, croissants and pastries, and the Café around the corner on Beach Road. Here, you can munch toasted sourdough sandwiches made using the bakery’s breads, sip freshly squeezed fruit juices and milkshakes, or scoop up swirly soft-serves with all the toppings.
While Dalebrook tidal pool is now a little far away for most to walk to, take a dip in Fish Hoek’s calm waters, whale- and dolphin-watch in season, or take a stroll along Jager’s Walk, listening out for locals chatting about everything under the sun.
Opening times Bakery: Wednesday – Sunday, 7.30am – 12pm
Café: Friday – Tuesday, 8am – 4.30pm
Contact 083 676 7430, hillybop@gmail.com
Where to find it 2A Recreation Road, Fish Hoek, Cape Town 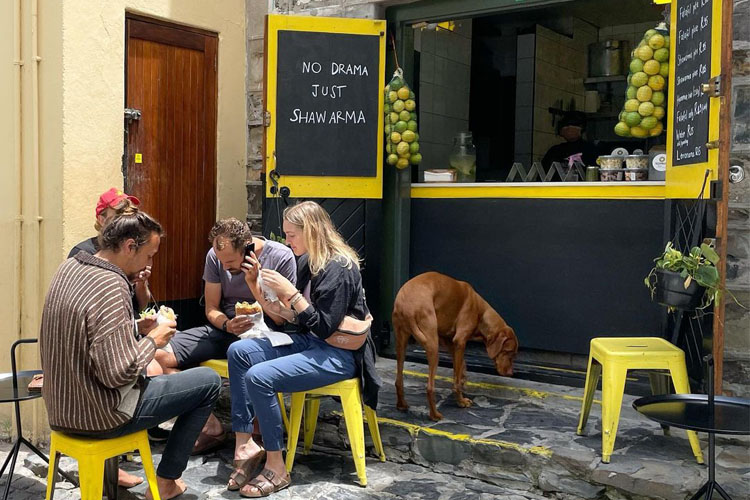 This wildly popular hatch on Bree Street, owned by Ofer Hollinger, dishes out some of the best falafel and hummus in town and mouth-wateringly good shwarmas, too. Nish Nush (“snack” in Hebrew), started as a stall at the Neighbourgoods Market, and now has official hole-in-the-wall status! Nip past if you’re looking for a quick yet tasty lunch-hour pitstop, or a sneaky snack after drinks.The simple menu packs full-on Middle Eastern flavour. Hearty homemade pitas are sliced and assembled while you wait, but it’s the hot and golden falafels that have spawned a cult-like following. Ofer’s luxuriously creamy hummus can also be order by the 250g tub to take home.
Opening times Tuesday – Saturday, 12pm – 10pm
Contact 061 543 1120, nishnushcpt@gmail.com
Where to find it 110 Bree Street, Cape Town City Centre, Cape Town A passionate host and fresh homemade dishes await at one of our favourite north Indian restaurants in the northern suburbs. Tucked away at the back of the Heritage Square centre in Durbanville, this cosy family-run eatery looks relatively ordinary, but the food, the food! Ricky Poovan has run Annapura since 2002, and continues to serve up rich, delicious traditional chicken and lamb dishes, as well as a satisfying range of vegetarian and vegan options, to a steady stream of appreciative locals. The butter chicken is to die for. Regulars are sometimes asked to try new dishes being created in the kitchen before they make it to the menu. A Persian-inspired lamb pathia (lamb cubes in a sweet, sour, hot brown onion sauce) is the latest success.
Opening times Monday – Saturday, 12pm – 9.30pm
Contact 021 976 2046, poovanricky@gmail.com
Where to find it Shop 4C, Heritage Square, Corner Vrede and Gladstone Streets, Durbanville
Enquire Now

For all the latest happenings in and around Cape Town, subscribe to our weekly newsletter.

18 Responses to “The Best Hidden Gems in Cape Town” 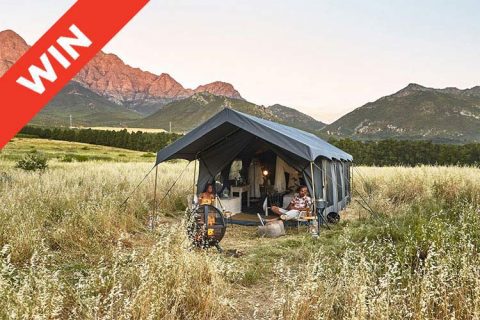 Glide around Spier Estate on an Off-Road Segway⁠