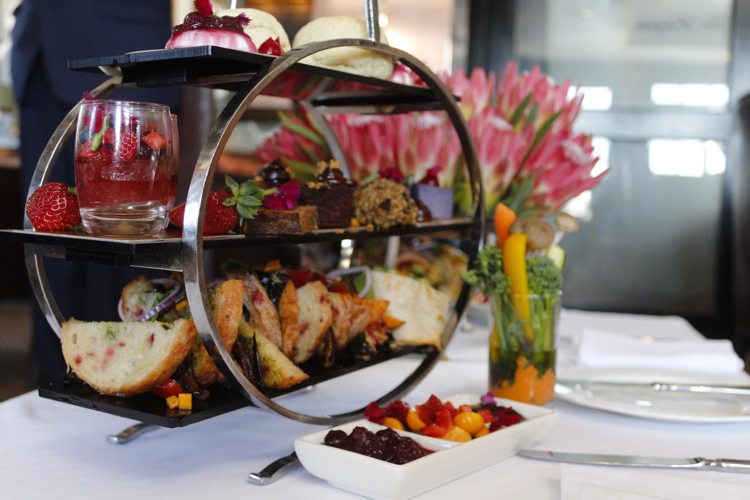 There are many things vegans give up in the name of veganism. Thankfully, high tea is no longer one of them…

Is there anything that feels more fabulously indulgent than high tea at the Twelve Apostles Hotel? Not really… The plush couches, the panoramic ocean views, the amazing service and delectable goodies… It’s like stepping into a bygone era. But, until recently, we assumed that “bygone era” included a taste for dairy (cream scones), eggs (egg mayonnaise sandwiches) and buttery cakes. After all, every high tea I’ve ever eaten – and there have been many – has been laden with treats like these.

Not any more. The Twelve Apostles has recognised the growing need for vegan-friendly food, and has created a surprisingly delicious spread of treats that were vetted by my vegan companion and myself (distinctly non-vegan). As far as I’m concerned, if you can make food so delicious that non-vegans gobble it up, you’ve done a fine job. The Twelve Apostles Vegan High Tea does just that – with style and panache.

The array is significantly different to their Tea By the Sea offering, but with a few similarities: the same three-tiered decadent feast, the same selection of loose-leaf teas and coffee (although the cappuccinos can be made with almond milk), the same emphasis on perfect little mouthfuls.

The savoury section includes a hearty avocado, hummus and marinated tomato tortilla wrap, and a range of sandwiches with exotic fillings, such as dukka-fried aubergine. There are also mini vegetable crudité and dip (of course).

But it was the sweet selection that really took us by surprise – the Valrhona manjari chocolate-and-hazelnut cake slice was extraordinary: dense, deep and chocolatey in flavour. Similarly, the Valrhona and peanut bon bons were intensely delicious. And the banana-and-oat cookie coconut panna cotta was a sweet treat, as were the banana-and-walnut loaf and the vegan scones with jam, forest berry jellies and fresh berry compote.

We happily whiled away a few hours on the couch, looking out at the ocean, sipping endless cups of exotic tea and nibbling on the vegan treats. If this is what veganism tastes like, consider me converted!

Insider tip Because everything is made from scratch and specifically for this vegan high tea, it needs to be booked 24 hours in advance.

Featured Things To Do 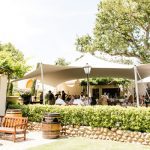 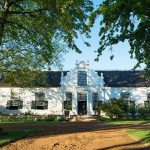 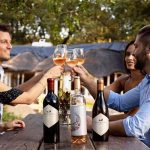 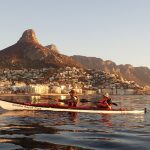 Kayak along the Atlantic Coastline from Sea Point