In the heart of the Little Karoo, along Route 62, between Montagu and Barrydale, it’s hard to believe Sanbona is just a three-and-a-half-hour drive from Cape Town. Tucked into the majestic Warmwaterberg Mountains and surrounded by ancient rock formations that were once home to the Khoisan people, its off-the-radar setting and seemingly endless landscape offers the type of seclusion that makes the rest of the world seem irrelevant. 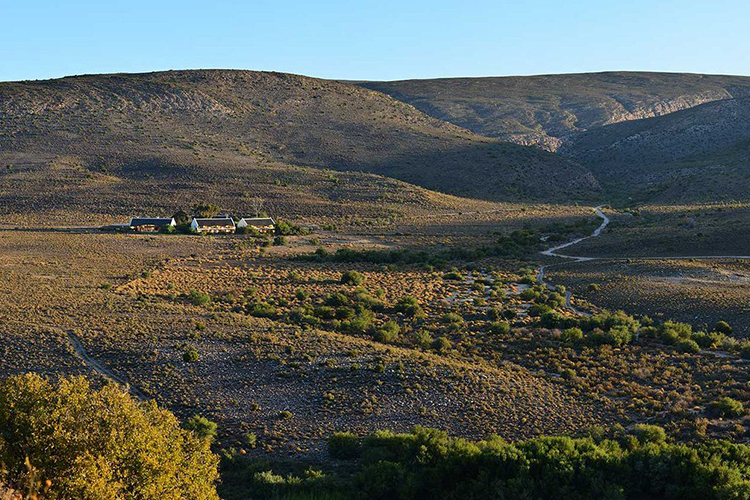 At 58 000 hectares, the malaria-free reserve is the Western Cape’s answer to an exclusive wilderness experience, with three lodges and an adventurous Explorer Camp each offering a distinct experience. 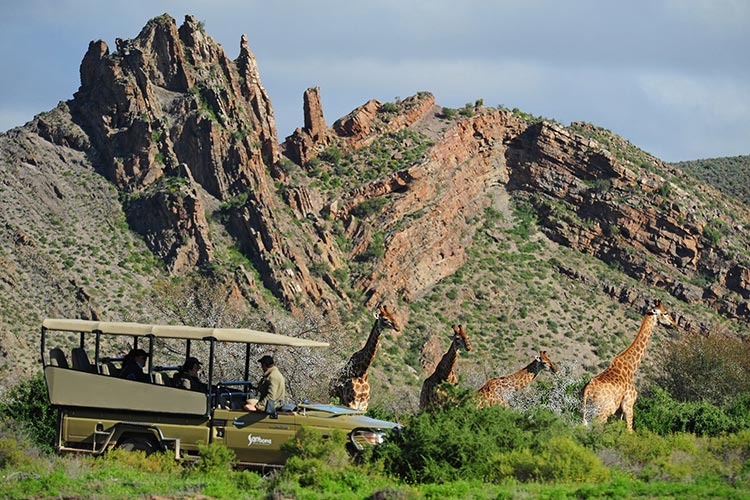 Guests have the option of staying at Dwyka Tented Lodge (for a special occasion or romantic getaway), Tilney Manor (for an intimate and child-free experience) and Gondwana Family Lodge (for a stylish getaway that’ll satisfy kids and grown-ups alike). There’s also Explorer Camp: a two-day walking safari with tented accommodation, designed for those seeking a more rustic escape in nature.

Here are five reasons to book your stay: 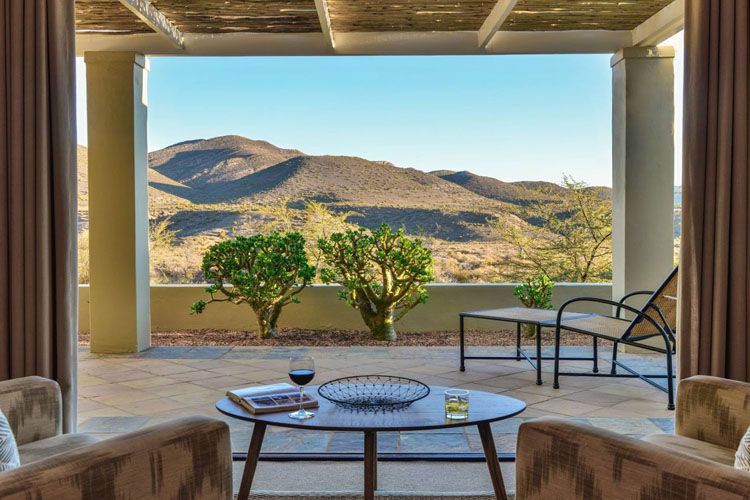 While it’s no secret that our country has more than its fair share of game reserves, the best-known ones are to be found in Limpopo, Mpumalanga and the Eastern Cape. Sanbona, on the other hand, is a mere three-and-a-half-hour drive from Cape Town and matches its far-flung counterparts in terms of authenticity (and luxury). Big Five-spotting, wide-open savannahs, indigenous flora, birdlife and the feeling of being a million miles from civilisation. 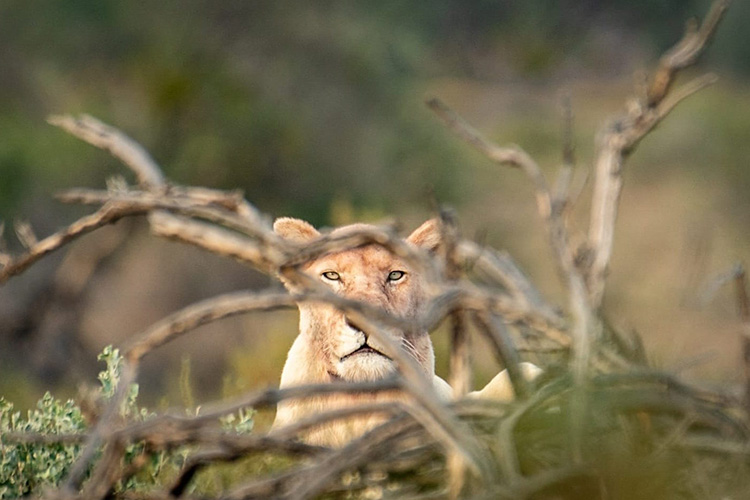 Elephant, leopard, rhino, buffalo and lion (even extremely rare white ones) all call the wild Karoo plains of Sanbona home. As do some lesser-known species that aren’t exactly larger than life, but are extremely special in their own right! Keep your eyes peeled for the Little 5, namely the elephant shrew, buffalo weaver bird, rhinoceros beetle, leopard tortoise and antlion! Whether you’re here to witness the ground-rumbling roar of the king of the jungle, or you’re equally content being ensconced in endless nature surrounded by creatures great and small, Sanbona has it all. 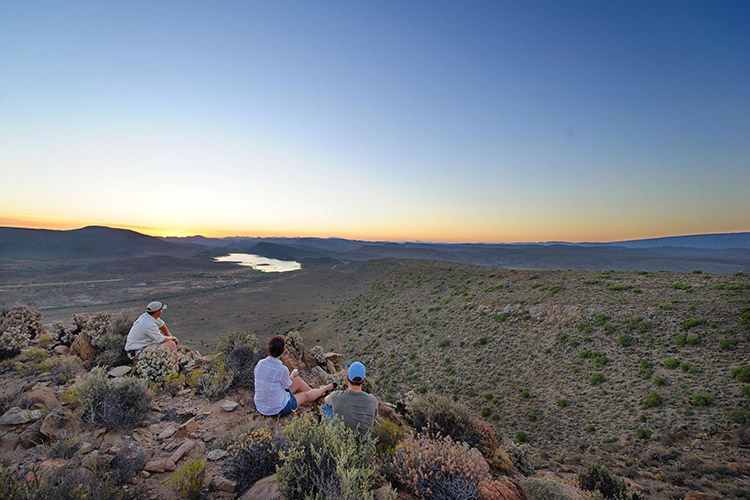 As a nonprofit company, all funds generated by tourism are allocated to conservation projects and the expansion of protected areas. The reserve is home to more than 600 types of flora spread over its 58 000 hectares, providing sufficient space and ecological diversity for the survival (and conservation) of the highly elusive riverine rabbit, the 13th most endangered mammal in the world. 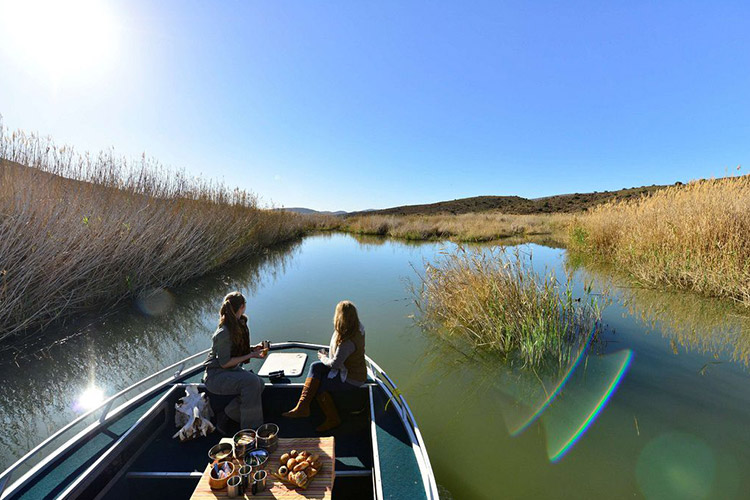 In addition to morning and afternoon game drives, Sanbona is one of a few reserves that offers boat safaris (after a good rain season when the dam is full enough). As thrilling as it is to pull up to a pride of lions having their afternoon nap, there’s something wildly extraordinary about gliding past a herd of hippo, G+T in hand, while the sun turns a gazillion shades of pink. While the two daily game drives are the main event and, naturally, what most visitors look forward to, Sanbona promises more than the Big Five. Birdwatching, stargazing, guided bush walks and visits to ancient rock-art sites within the reserve are all part and parcel of your stay.

There’s also a spa, whose Relaxation Retreat menu offers a range of therapies and treatments, including a steam room where guests can unwind after an action-packed day on safari.

With all of this and more, it’s no wonder Sanbona is considered the Cape’s premier wildlife destination.

Distance from CT 3.5 hours
Child friendly? Yes (only at Gondwana Family Lodge)
Pet friendly? No
Wifi? Yes, free
Where to find it Route 62, between Montagu and Barrydale
MAKE A RESERVATION

Win a Weekend Away for Two at Tulbagh Mountain Cabin 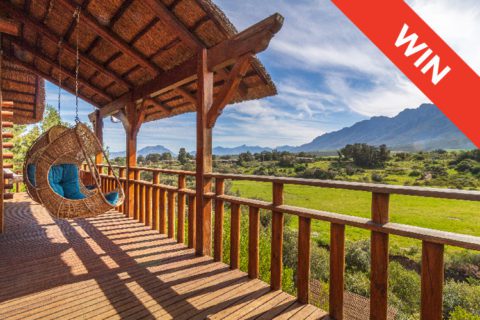 In the heart of the Klein Karoo, Sanbona offers an

School’s out! Trampolines, trains, and treehouse

The otherworldly majesty of the Cederberg is best

Springtime in Stellenbosch is a delightful time of